Conservationists and environmental groups have long sought Endangered Species Act protections for the wolves of the Alexander Archipelago. The fight over Tongass wolves goes back at least two decades. Secretary Sally Jewell, of the Department of Interior, is expected to make a decision regarding the endangered status of the Alexander Archipelago Wolves on Prince of Wales islands by the end of this year. Encourage ESA protection for this imperiled species with another email, and/or a phone call. At the bottom of this post you will find the contact information you need.

Feel free to cut and paste my email, send as is, or personalize to your liking, and, as always, thankyou for your efforts on behalf of the little dark wolves on Prince of Wales. 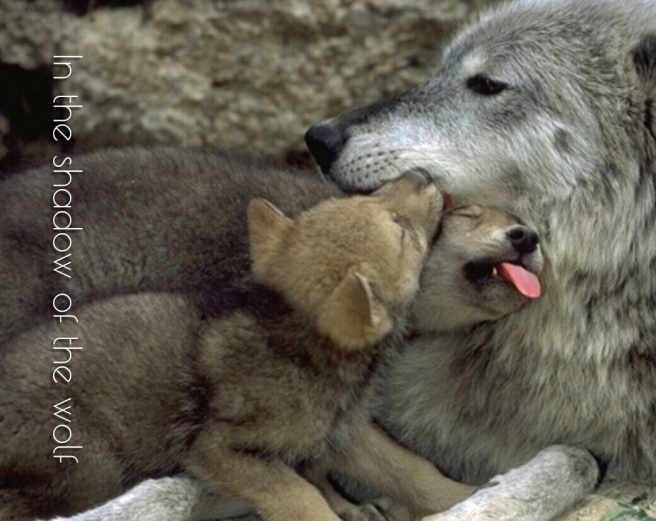 Please list the Alexander Archipelago Wolf (Canis Lupus Ligoni) as threatened or endangered under the Endangered Species Act.
Sadly, despite a confirmed 60 percent population decline on Prince of Wales and accompanying islands, ADF&G and the Federal Subsistence Board (FSB) opened the wolf hunting and trapping season with a 9 wolf quota. The season closed when 5 wolves were reported “harvested” (slaughtered). The very fact that the season opened with such a very small quota is evidence that officials are well aware of the fact that this is an imperiled species. The closure was an attempt to ensure the slaughter does not exceed the combined  Federal/State  kill quota set at 9 wolves.
Meanwhile, as the Alexander Archipelago Wolves slip towards extinction, ADF&G and the USFS continue to “refine population estimation techniques used to establish  Guideline Harvest Levels for Unit 2 wolves”. With the Federal Subsistence Management Board setting a “skin sealing” requirement of 14 days and the Alaska Department of Fish and Game setting a skin sealing requirement of 30 Days, the total legal “take” of the wolves will not be established until the 3rd week of January and does not include the number of wolves poached, which could be substantial.

With a population as low as possibly 50 individuals, this year’s season may have pushed this iconic species to the brink of extinction.

Data in the Alaska Department of Fish and Games’ report shows that, as of fall 2014, only 7 to 32 female Archipelago wolves remain. That is/was 7 to 32 female wolves in an approximate 2,600 square mile area. This would be possibly 1 breeding wolf per 371.4 square miles (prior to this year’s season). Even if they are able to reproduce at these reduced numbers, the risk of inbreeding is high, putting them at further risk of extinction due to the loss of genetic diversity, which can negatively affect the species in many ways; weakened immune systems unable to fight off disease, skeletal deformities, and/or smaller litters with higher mortality, to name a few. Genetic diversity is always a crucial factor with isolated species.

This drastic decline in numbers must be arrested and a recovery plan should be immediately established. Without ESA protection the Alexander Archipelago wolves fate will be sealed. Extirpation will be imminent.

**Further evidence of a dire situation was proven when Alaska Department of Fish and Game, during their field season this spring,  visited about a dozen known den sites and found only one active den, with only one pup, indicating either entire wolf packs have been wiped out or have been decimated to a point leading to their fragmentation.**

Threats to this unique subspecies are amplified because the wolf represents a distinct and isolated gene pool and now very few individuals remain. The Alexander Archipelago wolves are isolated and genetically distinct from other North American wolves because of tidewater barriers and coastal mountains that limit migration to the rest of the continent. The GMU-2 population is further isolated and may be genetically distinct from other Alexander Archipelago wolves. Scientific evidence determines that coastal wolves endemic to temperate rainforests are diverged from neighbouring, interior continental wolves; a finding that demands new strategies must be taken managing this species if they are to survive.

A 75% decline in population is most immediately caused by the direct take of wolves from significant poaching and the unsustainable legal take. However, the underlying cause is extensive logging and roads (The POW Complex has over 4,200 miles of roads, and the average distance to roads within GMU2 is 2.1 miles and, disgracefully only 1.7 miles on POW Island itself.) contributing to a marked increase in poaching of the wolf, as well as the overharvest of wolves. Certainly this situation underscores the importance of endangered or threatened status for the wolves on Prince of Wales islands. Without immediate policy changes on the part of the state and federal governments, the Alexander Archipelago Wolves on Prince of Wales and satellite islands future is grim, as they do, indeed, appear to be on their way to extinction.

It is obvious that the situation for wolves in Game Management Unit 2 is alarming, and that immediate, decisive action is necessary to rescue this population from extirpation. The time has come for the Forest Service to manage the Tongass for a host of public values that support the Southeast Alaska tourism. The time has come for this diminished, and unique, population of wolves to finally get the protection they so desperately need if they are to survive.
Alexander Archipelago wolves are a symbol of wilderness and ecological integrity. They are important in their own right and as a key part of a functioning predator- prey system. In Southeast Alaska, wolves bring significant economic benefits to communities as part of the package that lures more than one million visitors to the Tongass National Forest every year and that contributes more than $1 billion to the Southeast Alaska economy.
Please provide protection for the POW wolves under the ESA.
Thankyou for your time and consideration of this extremely urgent matter,

Here are a few ways you can contact the U.S. Department of the Interior and Secretary Jewell:

Or directly to Mrs. Jewell: Secretary_jewell@ios.doi.gov

Or through the DOI Feedback form

Thankyou for your support!

No part of this publication may be reproduced or distributed in any form or by any means, or stored in a database or retrieval system, without the prior written permission of the publisher.