The governors of Wyoming and Montana will head to Washington, D.C. this week (Tuesday, September 29th) to give their perspective on how to “improve” (ie. dismantle) the Endangered Species Act.

Please find several tweets to send off at the bottom of this post.

Western Governors’ Association Chairman and Wyoming Gov. Matt Mead will be joined by Governors Steve Bullock (Montana, WGA Vice Chair), Jack Dalrymple (North Dakota),Dennis Daugaard (South Dakota), and Gary Herbert (Utah) at a number of meetings with congressional leaders. Governors Mead and Bullock will appear at a briefing on the topic “Improving the Endangered Species Act : Perspectives from the Fish and Wildlife Service and State Governors.” In addition to the governors’ appearance and remarks on the ESA, (which is the focus of Gov. Mead’s Chairman’s Initiative), the U.S. Fish and Wildlife Service Director, Dan Ashe, also will be present and will make a statement.

Let us not forget that Wyoming’s wolf management plan classified the animals as unprotected predators that could be shot on sight in most areas, an approach that drew opposition from national environmental groups.

Bottom line, the Endangered Species Act works. The longer an animal or plant species is protected under the ESA, the more likely it is to recover. Today the ESA is under attack at a time when we can least afford to lose it.

The ESA safeguards ecological processes, such as predation, as well as maintaining biodiversity. Science tells us that the most effective way to mitigate climate change is by maintaining ecological resiliency. The ESA protects keystone species (such as the gray wolf and sea otter) which create more resilient ecosystems by increasing biodiversity.

Thankyou, everyone, for your efforts here and support to protect the Endangered Species Act. 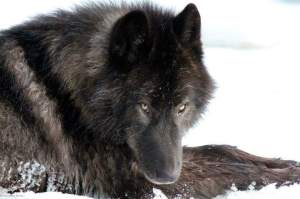