Earlier this year, Norwegian officials opted to further weaken the legal protection of their critically endangered wolf population, paving the way for an intensive hunt of wolf families within the wolf zone during the 2020-2021 winter season. Parliament voted for stipulating in the Biodiversity Act that when animal population exceeds a certain number of reproductive pairs, the “surplus” pairs and individuals can be killed for the sole purpose of keeping the population at a low level.

In a gross violation of the Bern Convention, Parliament rushed into amending the Nature Diversity Act before any legal controversies were clarified by the judiciary. The “population target” has been conveniently amended to serve as both the maximum allowed as well as minimum (rather than solely the minimum), thereby serving as an independent ground for shooting the “surplus” animals.

The Predatory Game Committee for Innlandet og Oslo/Akershus “trial-voted” that more than half of the critically endangered wolf population in Norway should be shot, this includes the “removal” of *5 wolf packs and breeding pairs within the so-called “protective wolf zone,” in addition to the annual hunting quota. If this proposal is adopted then 44 of the estimated 80 wolves in Norway will be slaughtered. Due to “dialogue” with Sweden, the final decision was postponed, and is expected on October 8th. *Hornmoen, Hernes, Kynna, Aurskog and Rømskog

In itself, this is nothing short of scandalous; in light of the anthropogenic extinction crisis we are now witnessing, unconscionable.

Again, we see that the predator policy is governed by whims, emotions, hatred, and ever-present bloodlust, and is clearly in violation of the law.

Considering the fact that illegal wolf killings remain astonishingly high, accounting for approximately 40-60 percent of mortality for all Scandinavian carnivores, one could easily imagine the loss of a majority of resident Norwegian wolves by the season’s end. Add deaths from illnesses and diseases to the large quota proposed, then factor in lack of genetic diversity and this becomes a recipe for complete extirpation.

Clearly, Norwegian officials presume that they are above the law.

When Norway ratified the Bern Convention in 1986, it did not avail itself of the opportunity to file a reservation with regard to wolves. As the wolf is listed as a “strictly protected” fauna species in Appendix II of the Convention, Norway is under obligation to prohibit any killing of wolves, and to allow exceptions to this prohibition only when all of the three conditions stipulated in Article 9 of the Convention are met. That is, the killing of one or more wolves may be authorized only when:

1. This serves one of the purposes enumerated in Article 9 – including “to prevent serious damage to livestock, the interest of public safety,” and “other overriding public interests.”

2. “There is no other satisfactory solution” to achieve the purpose in question.

3. The killing “will not be detrimental to the survival of the population concerned.”

We are hoping to prepare a short tweetsheet, and, time permitting, will publish it shortly after the Climate and Environment Minister makes the final decision regarding this winter’s wolf “cull.” We do have several outdated tweetsheets that you may feel free to use, however please locate relevant tweets to utilize, and please understand that Ola Elvestuen is no longer the Climate Minister. The new Climate and Environment Minister is Sveinung Rotevatn, his Twitter handle is @Rotevatn 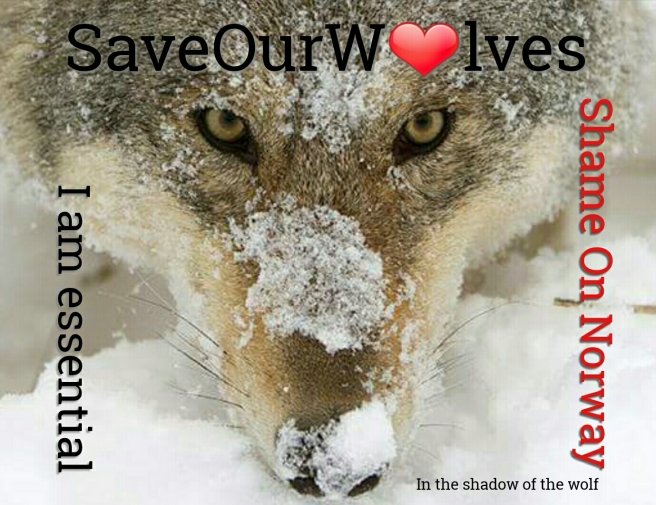