For the better part of a decade, I lived alone, in a cabin, in the boreal forest on the outskirts of Fairbanks, Alaska. In winter, the deeper the cold and the darkness got, the better I liked it. Or so I told myself. In March of 1989, an extreme cold front (an “omega block”) settled over Alaska for three weeks. During one especially brutal week, the official high temperature in Fairbanks was never more than forty degrees below zero. At my cabin, in one of the notoriously cold low-lying areas around town, it didn’t rise above fifty-five below. 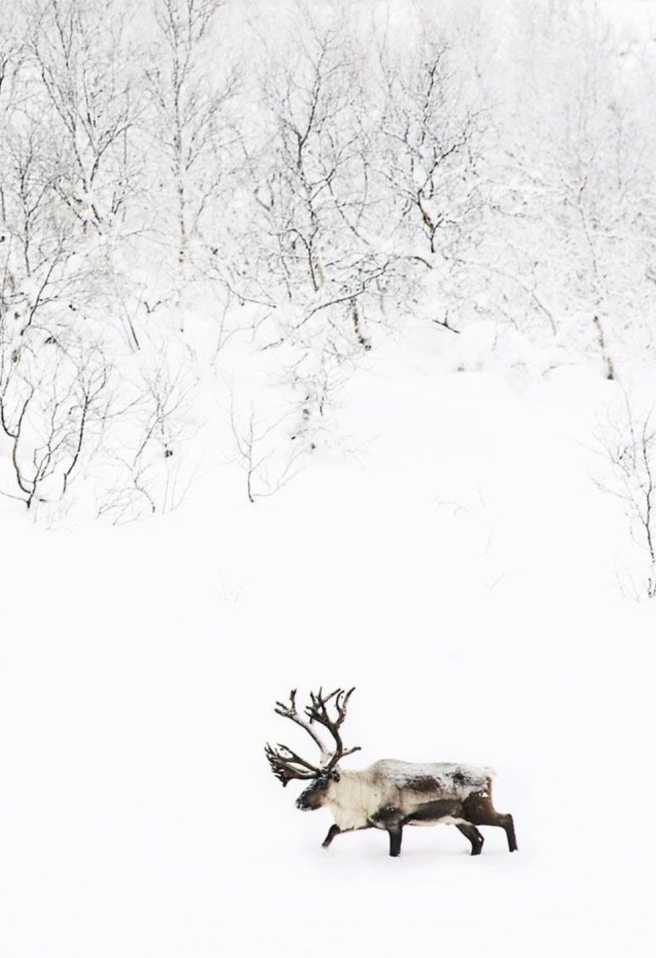 Alaska’s record-low temperature (set on my birthday, January 23rd, in 1971) was eighty below zero. One night during the omega block, the National Weather Service predicted that this mark would be surpassed. Although that didn’t happen, the thermometer at my cabin registered seventy-eight below. A couple of nights later, the barometric pressure at Northway (near Alaska’s border with the Yukon) was 31.85 inches of mercury—the highest reading ever recorded in North America. At temperatures like these, one false move can be costly. When a neighbor, back in the woods beyond me, couldn’t get his propane stove to work, he brought the tank inside his cabin to warm it up. The tank exploded. Badly burned, my neighbor dragged himself through the night almost two miles out to the road. I still remember the drops of frozen blood all along the trail. 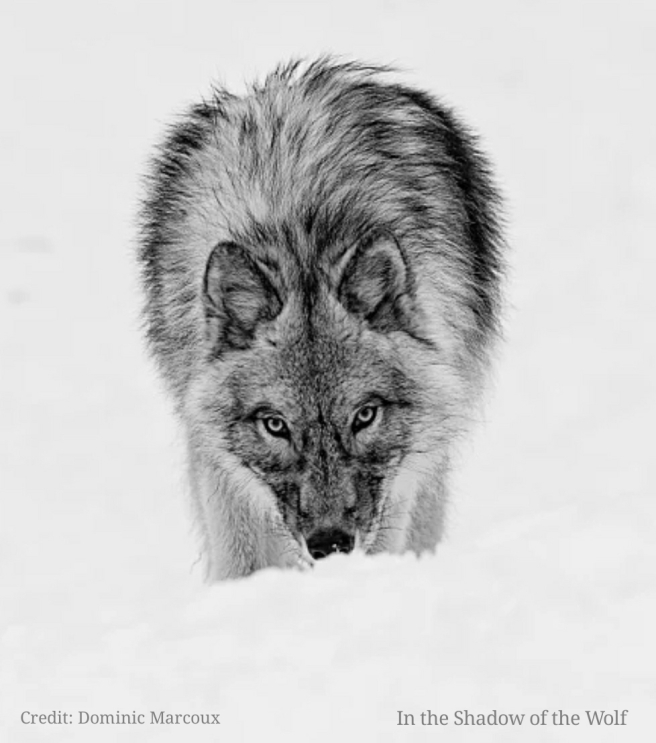 For me, as for so many others, Alaska had been the geography of hope. Now it’s become one of the most threatened parts of this increasingly threatened Earth.

As the cold deepened, Fairbanks was smothered under a dense blanket of frozen smog. The wisest course of action was to hunker down and wait it out. In the middle of all this, my girlfriend of ten years told me that she wasn’t sure she saw a future for our relationship. This shouldn’t have come as a surprise to me, but it did. I was shattered. Also, my best friend and next-door neighbor had recently moved to his cabin in the mountains south of Anchorage. So there I was—heartsick, a little frightened by the fierce cold, and feeling utterly alone. My isolation no longer seemed so splendid. It was more like solitary confinement. 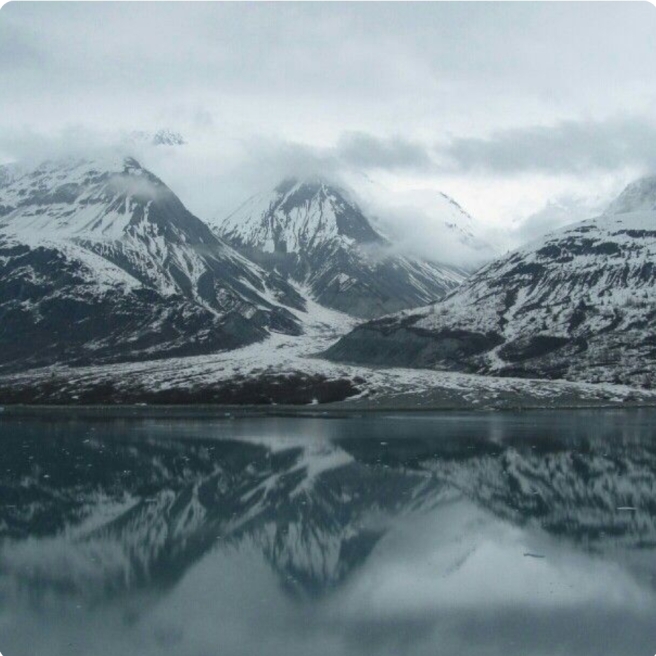 I had no idea when or how I would come out of this dark place. And then came the worst environmental disaster in Alaska’s history. On March 24, 1989, the Exxon Valdez ran aground on Bligh Reef, spilling thirty million gallons or more of crude oil into the icy waters of Prince William Sound. That oil, originally extracted at Prudhoe Bay, eventually covered thirteen hundred miles of coastline and eleven thousand square miles of ocean.

My girlfriend was gone. My best friend was gone. I was alone in the woods. And now the doomsday scenario we had all feared had struck this place that we loved so deeply. It felt like my life in Alaska might be over. But I couldn’t imagine who I might be without Alaska. As an Alaskan, I felt special. This feeling came from living close to the Earth, surrounded by wild country, far from the urban centers of North America. It came from living among a relatively sparse human population, with wild animals as our neighbors. It came from my friendships with Alaska Native people and from my experiences in remote villages where people have lived for countless centuries by the wisdom of the earth. It also came from the cold. Our hard, clear, fierce winter cold felt as immutable as the peaks of the Alaska Range towering in the distance, across the Tanana Flats. I couldn’t have imagined how quickly and dramatically that would change. 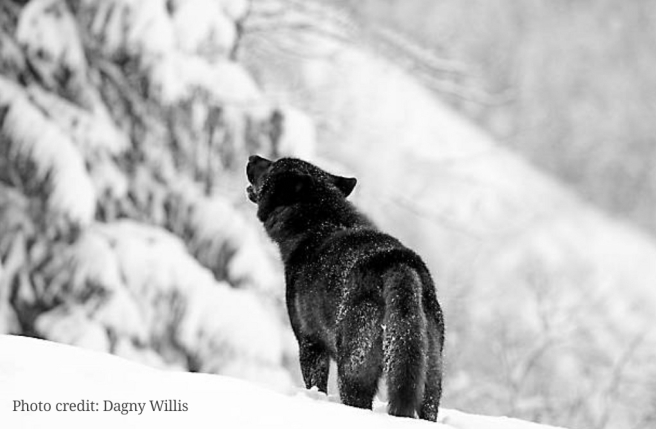 A decade later, on New Year’s Eve, in 1999, my wife (that former girlfriend) and I hosted a bonfire at our house, in the hills north of Fairbanks. As the twenty-first century dawned in Alaska, our thermometer read fifty-seven degrees below zero. We and our friends revelled in it. But the following winter the temperature in Fairbanks never reached forty below. This was a first, in the brief recorded history of local weather. However, it would quickly become the new normal. High-temperature records began to be set with regularity, in both summer and winter. 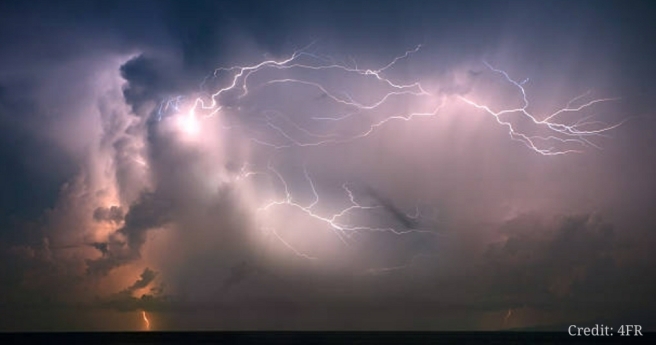 I remember the first time that we saw lightning and heard thunder in December, which was followed by a heavy freezing rain. It had always been that the roads around town were better in winter, when a hard crust of dry, compacted snow filled in all the potholes and offered plenty of traction. Now we had frequent freezing and thawing, and treacherous glazes of thick black ice.

One spring afternoon, while watching birds at a bog near our house, I was startled to hear the unmistakable call —congare-e-e-up—of a red-winged blackbird. This is a bird that I’d first come to know in Okefenokee Swamp, thousands of miles to the south, in Georgia. It was certainly not a resident species of interior Alaska. Yet here it was. And ever since then the redwings have appeared each spring, in that same northern bog. During the next decade, we saw the climate of Alaska continue to warm at an accelerating rate. In a very real way, the Alaska that we knew was beginning to disappear. 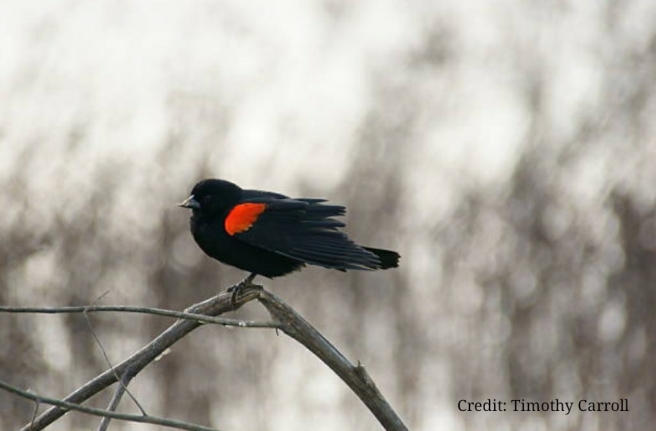 Meanwhile, the wildfire season increased in length and intensity. In 2004, it lasted all summer. From June through September, temperatures soared, and there was almost no precipitation. That summer, 6.3 million acres in Alaska—an area larger than the state of Vermont—went up in flames. In northern Alaska, summer is the season of endless daylight, and yet, day after day, we didn’t see the sun. The smell of smoke was omnipresent, and the air was dangerously polluted. The public was warned to limit exertion and to stay indoors as much as possible. The Red Cross set up smoke-respite centers to provide people with sanctuary from the oppressive conditions. Many fled south, in search of cleaner air. In its magnitude and intensity, that fire season dramatically surpassed all those previously recorded. But subsequent summers have come all too close to matching it.

In a nation addicted to petroleum, Alaska is a colony of Big Oil. Back in the eighties and nineties, as oil money overflowed the coffers of the State of Alaska, new freeways were built around Fairbanks. Shopping malls and ranch-style houses sprouted like mushrooms. On a visit to Seattle in the aughts, driving on the freeway, I turned to my wife and asked, rhetorically, “Since when did Seattle become Los Angeles?” On our return north, we stopped for a couple of days in Anchorage, and I found myself asking, “So when did Anchorage become Seattle?” And, when we got back home, I couldn’t help but quip, “And when did Fairbanks become Anchorage?”
Like those more southerly cities, Fairbanks is built for the automobile. And perhaps nowhere in the world is the Southern California model of suburban living more glaringly inappropriate. Like Los Angeles, Fairbanks is situated in a natural inversion basin. And, for decades now, the air in Fairbanks has been more polluted than the air in L.A. In winter, ice fog is a naturally occurring phenomenon along the Chena and the Tanana Rivers. But, mixed with automobile exhaust and wood smoke from residential heating, it becomes a toxic pall of frozen smog.

Public transportation in Fairbanks is woefully inadequate. Despite the tireless attempts of motivated citizens, there is still no significant recycling of solid waste. There’s also virtually no renewable energy. Almost everyone heats with oil or wood. Electricity is almost exclusively generated from fossil fuels. As a result, residents of the Golden Heart City must have among the largest carbon footprints of any people who have ever lived. At the same time, climate change has become an undeniable fact of day-to-day life here.

Looking at satellite images of the retreat of the sea ice is like looking at photos of someone I love wasting away from a horrible disease. It is heartbreaking. For me, as for so many others, Alaska had been the geography of hope—the last great untouched place in North America. But now, in a few short decades, it’s become one of the most threatened parts of this increasingly threatened Earth. Some may see promising opportunities for wealth in an ice-free Arctic. But, as the ice disappears and the waters rise, what will take the Arctic’s place in the human imagination?

The promise of the Arctic is no longer the promise of the pristine. It is now a place where we come face to face with the undeniable consequences of our actions. We must find new ways of living on this Earth. The changes we make must be profound. They must be worldwide. And they must happen now.

As a composer, I believe that the best gift I can offer our troubled world is music. Some composers choose to address the political issues of their times directly in their music. But, although I’ve been politically active all my life, the heart of my music lies elsewhere—again, in the Earth. In order to renew human culture, we sometimes need to step outside of culture, to remember that we are only a small part of the larger order of things. Although my work is in culture, I search for my music at the intersection of human imagination and what we call “nature,” which is the ultimate source of everything that we are as individuals, as societies, and as a species. 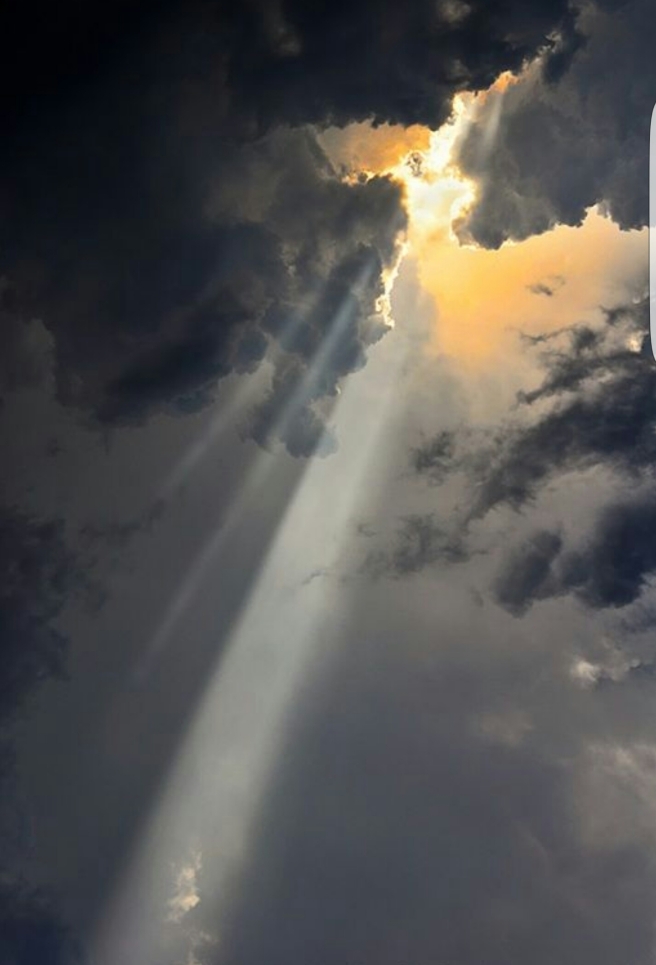 A friend of mine once observed that a piece like “In the White Silence” (listen) might one day come to be a kind of archeological artifact of the Alaska that we knew and loved. That may be. But I want my music to be more than an elegy for what we have lost, more than a lamentation for a world that is melting. My music is a celebration of the Earth as it is, and as it will be, with or without us.

Long before Europeans came to northwest Alaska, Maniilaq—the Inupiaq prophet of the Kobuk River—predicted that there would come a time when a season would occur twice in succession. Ever since then, most people have believed that this prophecy would come to pass as two consecutive winters. But Maniilaq did not say. Today it seems more likely to come as two successive summers. 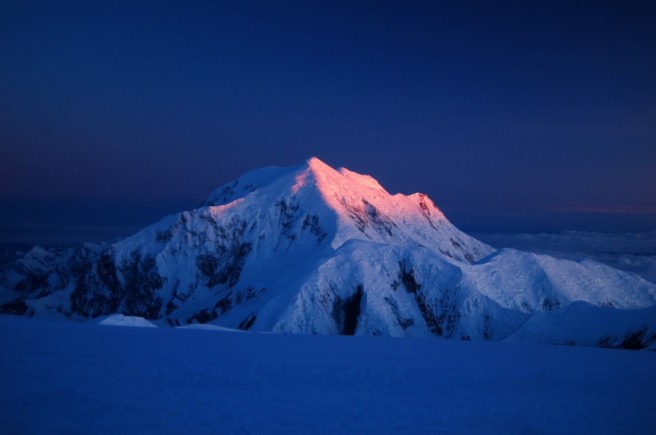 What will Alaska be after the end of winter? I will not be there to find out. I only pray that there will still be people in Alaska, and that, like the First Alaskans, they will live far more lightly on the Earth than we have. 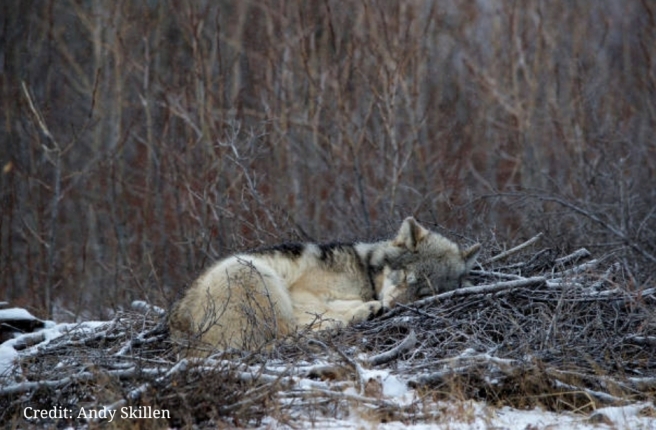 4 thoughts on “The End of Winter”