Good news for Alaska’s Wildlife and ‪Wolves
Over the past decade, the National Park Service has objected to at least 50 proposals by Alaska wildlife officials to liberalize the killing of predators within national preserves. The conflict can be traced back to 1994, when the Alaska Legislature passed a law mandating that the Board of Game pursue intensive management “to maintain, restore, or increase the abundance of big game prey populations for human consumptive use,” according to a 2007 article in the Alaska Law Review by University of Alaska, Fairbanks, professor Julie Lurman and NPS subsistence manager Sanford Rabinowitch.
“Predator control”, which aims to suppress numbers of bears, wolves and coyotes in order to boost prey species, including moose and caribou, is incompatible with the Park Service’s mandate to preserve “natural ecosystems,” including at its 20 million acres of national preserves in Alaska (Sport hunting, illegal in national parks, is allowed in Alaska’s national preserves under a law Congress passed in 1980).
NPS first proposed a permanent ban on three predator hunting practices in 2014. These practices were illegal under Alaska law until approval (several years ago) by the state’s Board of Game. That proposal bans the baiting of brown ‪‎bears‬, the hunting of wolves and‪ coyotes‬ during the denning and pupping period, and the use of artificial light to shoot black bear sows and cubs at their dens, a technique known as “spotlighting.”
Now, after a long and heated battle, National Park Service will implement tighter restrictions on sport hunting with the closure regulations become effective Nov. 23, and new hunting regulations effective January 1st of next year. State officials, needless to say, are not pleased.
The new restrictions include these changes to sport hunting regulations on national preserves:

*NPS prohibits taking wolves and coyotes during the denning season.
*NPS prohibits the taking of any black bear using artificial lights at den sites including cubs and sows with cubs.
*NPS prohibits taking brown and black bears over bait.
*NPS will not allow hunters to use dogs to hunt black bears, while it is permitted by state rules.
*NPS will not allow hunters to shoot swimming caribou from a boat or shoot caribou that have emerged from the water onto the shoreline while the hunter is still on the boat, though state rules permit both. 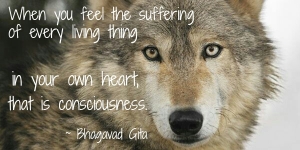 The manipulation of natural population dynamics conflicts with National Park Service law and policy. National park areas are managed to maintain natural ecosystems and processes, including wildlife populations and their behaviors. While sport hunting is allowed by the Alaska National Interest Lands Conservation Act in national preserves in Alaska, NPS policies prohibit reducing native predators for the purpose of increasing numbers of harvested species.

For years, the National Park Service had repeatedly requested the State of Alaska and the Alaska Board of Game to exempt national preserves from state regulations that liberalized hunting methods, seasons and bag limits for predators. State officials denied those requests, as well as also objecting to the use of repeated temporary federal closures.

“Sport hunting” occurs on about 38 percent (more than 20 million acres) of the land managed by the National Park Service in Alaska. In these national preserves, sport hunting generally occurs under state regulations. Though a large majority of state sport hunting regulations would remain unchanged, this is an enormous step in the right direction and puts a stop to these abhorrent acts of inhumanity in and around Alaska’s national parks and preserves.

National Park System areas, including preserves, already prohibit other predator control actions, such as aerial shooting of wolves, a horrific practice which the State of Alaska conducts as part of its statewide wildlife “management” program.